THE SCOUTS and CUBS went to Parque Central in Tres Cantos.

Scouts had a mini forum around the difference between electricity and electronics and how they both work together in preparation for the electronics badge they will be working on in the January meeting.

They also worked on the orienteering badge by having to find within the Tres Cantos park the playgrounds.

Scouts worked on the initial phase of the first aid training with the Senior scouts helping out with the demonstrations.

THE BEAVERS had a fabulous time at Burrolandia, thanks to Gail, Chris and Manu as parent helpers, and thanks to Javi, our guide from Burrolandia.

We started with a tour around the donkey sanctuary, which included seeing other animals which are being looked after by the Asociación, including an African cow with huge horns , a Vietnamese pig  and a deer that thinks she is a person and thus can’t be freed into the wild. Sadly she got bullied so much by the donkeys that she now hangs out with the chickens and geese. 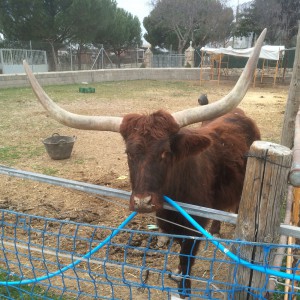 We visited the stables, saw some horses, met a mule and a hinny (burdegano – A hinny is a domestic equine hybrid that is the offspring of a horse stallion and a jenny donkey. It is the reciprocal cross to the more common mule, which is the product of a jack donkey and a horse mare).

We saw the pulley system they use to lift the donkeys up in order to trim donkeys hooves and even got to see one of the donkeys having their “nails cut” at the end of the day.

After we had our snack we did a craft activity with Gail, preparing Christmas cards and decorations with glitter glue and silver paper.