Bright and early on a surprisingly sunny April morning, the Explorer Scouts, a couple of leaders and a few parent volunteers gathered in St George’s church hall to prepare for our first ever Spring Fair. Balloons were blown, sandwiches were made, tables were set up, cakes were sliced, activities were prepared, bacon began to sizzle and at 11am the doors opened.
The following four hours sped by with walkaround magic by Matt Ledding and entertainment from Tricia Audette. Visitors to the fair got to spend Baden Powell pounds on the stalls and for refreshments. They could also use Baden Powell pounds for tombola tickets or to have their faces painted. There was a lucky dip, a dice game, some knot challenges and a bow and arrow game. The children, parents, Scouts and helpers all had a great time!
Special thanks for their help on the day goes to Ramon for running to the shops 5 times for extra supplies, Daisy for making all the sandwiches, Leandra for looking after the tombola, Natalia for flyering with the younger Scouts and Charlie for taking over on bacon frying duties. 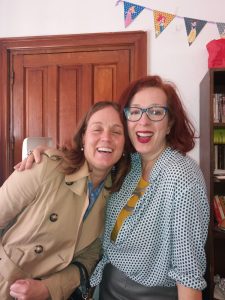 We’re looking forward to the next fair already!