We began a new season at “Casa de Campo” with a lot of new kids joining the the different sections.

Around 50 scouts distributed on our 4 sections got together to do different activities supervised  by our leaders. 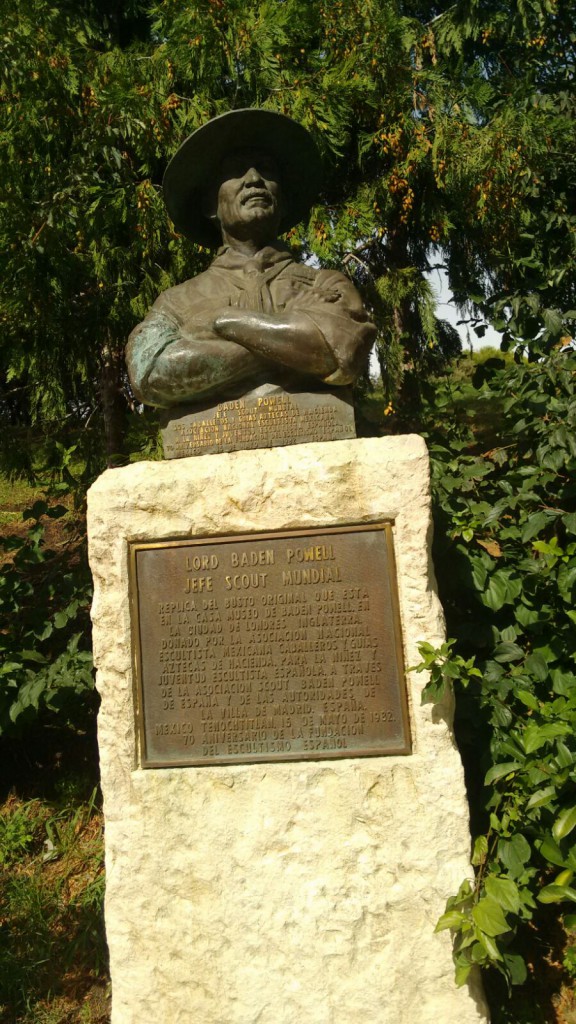 Scouts is currently the larger section and this time the 3 leaders had to manage up to 24 scouts.

Scouts went on a nature trail round “Casa de Campo” in our Patrol groups. They had o collect samples of different  tres and bushes, stick them onto paper, identify them and the team with the best presentation and content won.

They played games  that helped the new members integrate.            E.g. HiLow where they had to stand in a row according to name, height or age and see how many scouts from each patrol they could fit on a 30 cm2 piece of cardboard.

Cubs section is growing too, with new kids that join the group

and some Beavers that moved up.

After welcoming the new members, they went for a scavenger hunt around the park.

After say goodbye to his partners that moved up to Cubs, Beavers went on an expedition on the Teleférico from “Casa de Campo” to the rose garden in “Parque del Oeste”. There, they work on the mastery of the hoola hoops and did a scavenger hunt for a number of rose names around the garden.

Then they reviewed the tools needed to care for plants and performed the first aid module on how to deal with small cut and how to mend them by using plasters.

Then they returned as a group back to the “Casa de Campo” on the cable car.