What a time the Beavers had on the 2018 winter camp at the Ardilla Roja in Pelayos de la Presa, about an hour to the west of Madrid. It was an early start for all on Saturday morning as we took the coach to the campsite with the rest of the group which was a chance for the younger members to meet and make new friends in the other sections of British Scouts 1st Madrid.

Once we arrived we wasted no time checking out our cabins and taking a walk around the campsite to make sure everyone knew where to play and where was out of bounds. This was a great chance to help the Beavers think about the risks of the campsite themselves where Miguel excelled at spotting trip hazards. After taking a walk over to inspect the tent pitching skills of the older scouts we joined in the opening ceremony lead by John where the Colony excelled in counting up to eight as we numbered off, giving Scouts 1 a run for their money in basic numeracy.

During the morning we played a few of the games that Felix had planned, with Alex and Sam K proving tough competition in the neckerchief game. We also had a great time when Romilly and Sofia taught us our song for the evening campfire, about a speckled frog eating delicious bugs with Felix accomplishing the musical miracle of instantly learning the song on the guitar.

In the afternoon we went over to try our hand at a high ropes course with the older beavers leading the route there using map and compass for the leadership part of the Adventure Challenge Badge as they close in on the highest award in Beavers, chief scout Bronze. This was also a great chance to revisit one of the classic activities for younger members of scouting as the lead group left tracking signs for the others to follow, it was great to see the Beavers thinking about how to guide their friends, collecting resources and learning new skills.

Here we are on the way there, 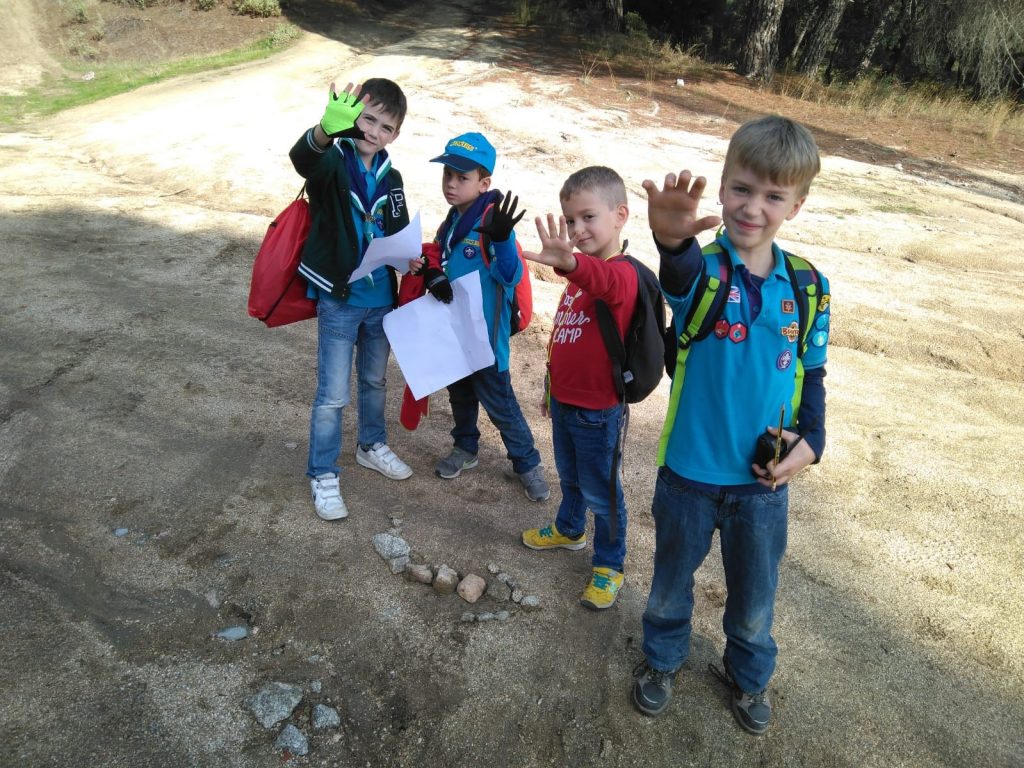 And on the way back, 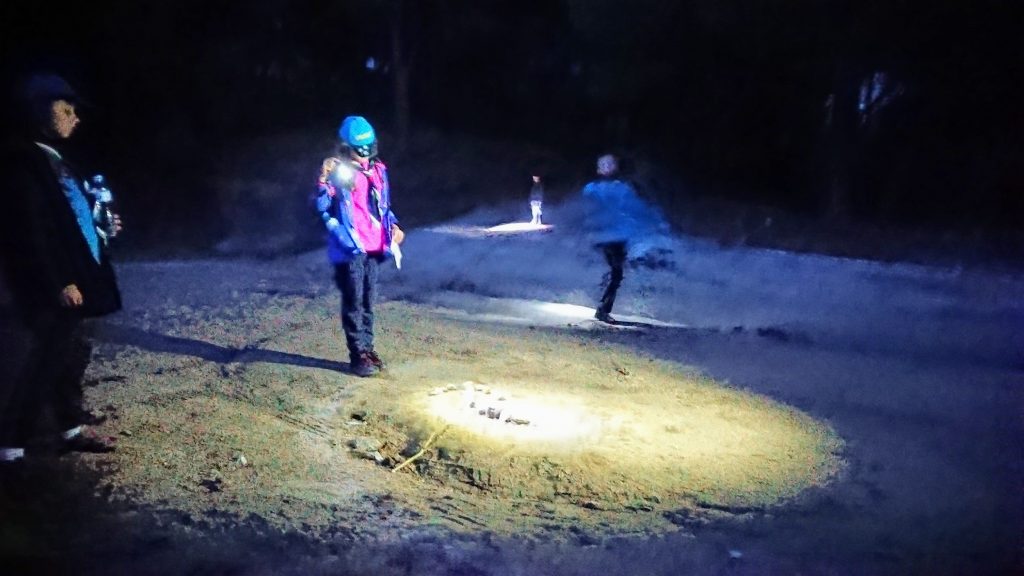 Once at Amazonia for the high ropes we used teamwork to help each other around a pretty challenging course where helping and keeping each other safe were our highest priorities alongside having fun as we crawled through tubes in the air, walked on rickety rope bridges and zoomed down ziplines. The safety kit being pretty heavy duty was a struggle for those with smaller hands but everyone pitched in to ensure we got round the course.

Being clipped in all the time this also meant leaders couldn’t go ahead to help out when we wanted to jump in but the Beavers held it together to get each other through compensating for each others strengths and weaknesses which was terrific to watch.

In the evening we wrapped up warm and took part in the campfire singing our song and holding up a banner where everyone had coloured in a frog on a log and some bugs while we were learning the song earlier in the day. The beavers sang their best but it was hardly the three tenors so in reality James sang up while Felix strummed alongside.

Being tired after the campfire we decided to skip the space badge and headed off to sleep, in the boys cabin and it was amazing that there wasn’t any horsing about or talking in the night at all, none, really, the silence was palpable (actually it sounded like a cross between a Connor McGregor weigh-in and a parliamentary debate on the secondary effects of baked beans).

The next day we got up to a bit of rain and after the campsite catering breakfast of bread and jam we wandered round the campsite, eyes full of envy as the rest of the group fried up bacon and sausages, trying to look hungry enough to blag some scraps. In the end success was ours.

The beginning of the morning was spent playing the neckerchief game again at the colonys request and learning about the Green Cross Code where Vlad’s mum who was strolling by with her twin pram made an excellent pretend car to safely simulate the downside of not Stopping, Looking and Listening. Unfortunately, Sammy S took a tumble and scraped his knee at which point Chiara and the rest of the beavers trauma team swung into action remembering the first aid training from the September meeting at St Georges school to patch him up and have him back on his way.

As it began to drizzle we took the chance to join in with learning about the history of scouting and make some great origami with Felix ready for our new members taking their Scout Promise in December.

After this Su, our trainer from Alicante who helps the leaders working towards the wood badge asked to see a good safety briefing for a walk after running through some training with Gary so we headed on out for a nature walk where we learned about mushrooms, lichens and something similar to crown green bowls but with pinecones.

Finally there was just enough time to watch the England game before heading to the bus ready to get back home and charge our batteries ready for our next meeting at Juvenalia. Thanks to all who were able to attend for their great behaviour and enthusiasm and hi to Lucia who unfortunately couldn’t come because she got a fever at the last minute.

Finally thanks from all of us to John and the rest of the leaders for organising the camp. Hip hip, hooray!!